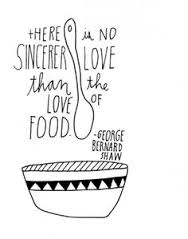 Preheat oven to 350; prepare a 10 inch springform with non-stick spray. In a small bowl, combine crumbs, pecans and brown sugar; stir in melted butter; press into bottom of springform pan, allowing the crumbs to gently caress the sides about 1/4 “.  In a large bowl, cream the cream cheese and sugar together; add vanilla and lemon juice; add eggs, one at a time until smooth; stir in flour. Pour cheese mixture over crust and bake for about an hour, just until center is set; cool in the oven with door ajar; chill at least an hour or overnight if not serving immediately.

In a large skillet, bring water sugar, vanilla bean and lemon juice to a low boil; add apples, cooking over medium heat for about 5 minutes or until apples are just tender (if a fork pierces a slice easily without mushing, it is perfect!) Remove apples to a plate to cool slightly; arrange in pinwheel pattern over cheesecake.  Bring the remaining liquid to a boil for about 20 minutes until syrup has thickened and reduced to about 1/4 – 1/3 cup. Remove from heat and stir in Calvados ~ spoon over apples and watch it disappear!  Enjoy ~ v

What’s New and Beneficial About Apples

The phytonutrients in apples can help you regulate your blood sugar. Recent research has shown that apple polyphenols can help prevent spikes in blood sugar through a variety of mechanisms. Flavonoids like quercetin found in apples can inhibit enzymes like alpha-amylase and alpha-glucosidase. Since these enzymes are involved in the breakdown of complex carbohydrates into simple sugars, your blood sugar has fewer simple sugars to deal with when these enzymes are inhibited. In addition, the polyphenols in apple have been shown to lessen absorption of glucose from the digestive tract; to stimulate the beta cells of the pancreas to secrete insulin; and to increase uptake of glucose from the blood via stimulation of insulin receptors. All of these mechanisms triggered by apple polyphenols can make it easier for you to regulate your blood sugar.
Recent research has shown that intake of apples in their whole food form can significantly lower many of our blood fats. The fat-lowering effects of apple have traditionally been associated with its soluble fiber content, and in particular, with its fat-soluble fiber called pectin. What we now know, however, is that whole apples only contain approximately 2-3 grams of fiber per 3.5 ounces, and that pectin accounts for less than 50% of this total fiber. Nevertheless, this relatively modest amount of pectin found in whole apples has now been shown to interact with other apple phytonutrients to give us the kind of blood fat lowering effects that would typically be associated with much higher amounts of soluble fiber intake. In recent comparisons with laboratory animals, the blood fat lowering effects of whole apple were shown to be greatly reduced when whole apples were eliminated from the diet and replaced by pectin alone. In summary, it’s not fiber alone that explains the cardiovascular benefits of apple, but the interaction of fiber with other phytonutrients in this wonderful fruit. If you want the full cardiovascular benefits of apples, it’s the whole food form that you’ll want to choose. Only this form can provide you with those unique fiber-plus-phytonutrient combinations.
The whole food form of apples is also important if you want full satisfaction from eating them. Researchers have recently compared intake of whole apples to intake of applesauce and apple juice, only to discover that people report less hunger (and better satiety, or food satisfaction) after eating whole apples than after eating applesauce or drinking apple juice. But especially interesting was an additional finding about calorie intake following apple consumption. When healthy adults consumed one medium-sized apple approximately 15 minutes before a meal, their caloric intake at that meal decreased by an average of 15%. Since meals in this study averaged 1,240 calories, a reduction of 15% meant a reduction of 186 calories, or about 60 more calories than contained in a medium apple.

Apples belong to the Rose family of plants and are joined in that family by a wide range of very popular foods, including apricots, plums, cherries, peaches, pears, raspberries, and almonds. Foods in the Rose family are simply too diverse in their nutrient value to allow for any one single recommendation about the number of servings that we should consume from this family on a weekly basis. However, when focusing specifically on apples, several anti-cancer studies show daily intake of this fruit to provide better anti-cancer benefits than lesser amounts. So there may be some truth to that old phrase, “An apple a day keeps the doctor away!” Still, we don’t recommend that everyone eat one apple on a daily basis, given the wide variety of available fruits and the nutritional uniqueness of each type. But we do recommend that everyone eat at least 2-3 whole fresh fruits per day, or the equivalent of 2-3 cups’ worth of fresh fruit. Within this framework, if apples are a type of fruit that you strongly prefer, there would be nothing wrong with consuming one on a daily basis, and you may get some special health benefits by doing so.
Apple, fresh
1 medium = Calories: 95
GI: low
NutrientDRI/DV

The Giving Tree by Shel Silverstein

Apple orchards and brewers are mentioned as far back as the eighth century by Charlemagne. The first known Norman distillation was carried out by “Lord” de Gouberville in 1554, and the guild for cider distillation was created about 50 years later in 1606. In the 17th century, the traditional cider farms expanded, but taxation and prohibition of cider brandies were enforced elsewhere than Brittany, Maine, and Normandy. The area called “Calvados” was created after the French Revolution, but eau de vie de cidre was already called calvados in common usage. In the 19th century, output increased with industrial distillation and the working class fashion for café-calva. When a phylloxera outbreak in the last quarter of the 19th century devastated the vineyards of France and Europe, calvados experienced a “golden age”. During World War I, cider brandy was requisitioned for use in armaments due to its alcohol content.[1] The appellation contrôlée regulations officially gave calvados a protected name in 1942. After the war, many cider houses and distilleries were reconstructed, mainly in the Pays d’Auge. Many of the traditional farmhouse structures were replaced by modern agriculture with high output. The Calvados appellation system was revised in 1984 and 1996. Pommeau got its recognition in 1991; in 1997, an appellation for Domfront with 30% pears was created.

Cooking and Eating Well in London Without Going Broke

a whisk and a spoon

Top 10 of Anything and Everything
Don Charisma

because anything is possible with Charisma

so much food, so little time...

Notes on a Generation

my mother raised the perfect housewife...then I went to med school

Rantings of an Amateur Chef

A SITE WITH A BITE!
Balanced Modern Mom

Full time in everything woman trying to balance it all

For the Love of the Meal
Islands in the stream

Slip inside the eye of your mind, don't you know you might find...a better place to play

Cooking and Eating Well in London Without Going Broke

a whisk and a spoon

Top 10 of Anything and Everything
Don Charisma

because anything is possible with Charisma

so much food, so little time...

Notes on a Generation

my mother raised the perfect housewife...then I went to med school

Rantings of an Amateur Chef

A SITE WITH A BITE!
Balanced Modern Mom

Full time in everything woman trying to balance it all

For the Love of the Meal
Islands in the stream

Slip inside the eye of your mind, don't you know you might find...a better place to play

one shot closer to ruling the world ...

If it came from the oven, I'll draw it and write about it